Sixth year student Odhran Killally from Oaklands Community College was delighted this week to receive news that his artwork had been highly commended by the adjudicating panel of the Texaco Children’s Art Competition.

Odhran’s self-portrait picked up the coveted recognition in the 16 to 18-year-old category of the well-known competition which is now in its 66th year.

“It’s a commentary on how the world has become so insufficient due to how sensitive it has grown to be, where people go out of their way in the hopes of finding another thing to be upset about”, explained the student, adding that “everyone wants to be a hero and when they find out there’s nothing to be heroic about they just move on to the next extreme.”

The Texaco Children’s Art Competiton is one of the best known competitions for young artists in Ireland and Odhran’s work was one of the few singled out from a massive entry of 25,500 artworks to this year’s competition. 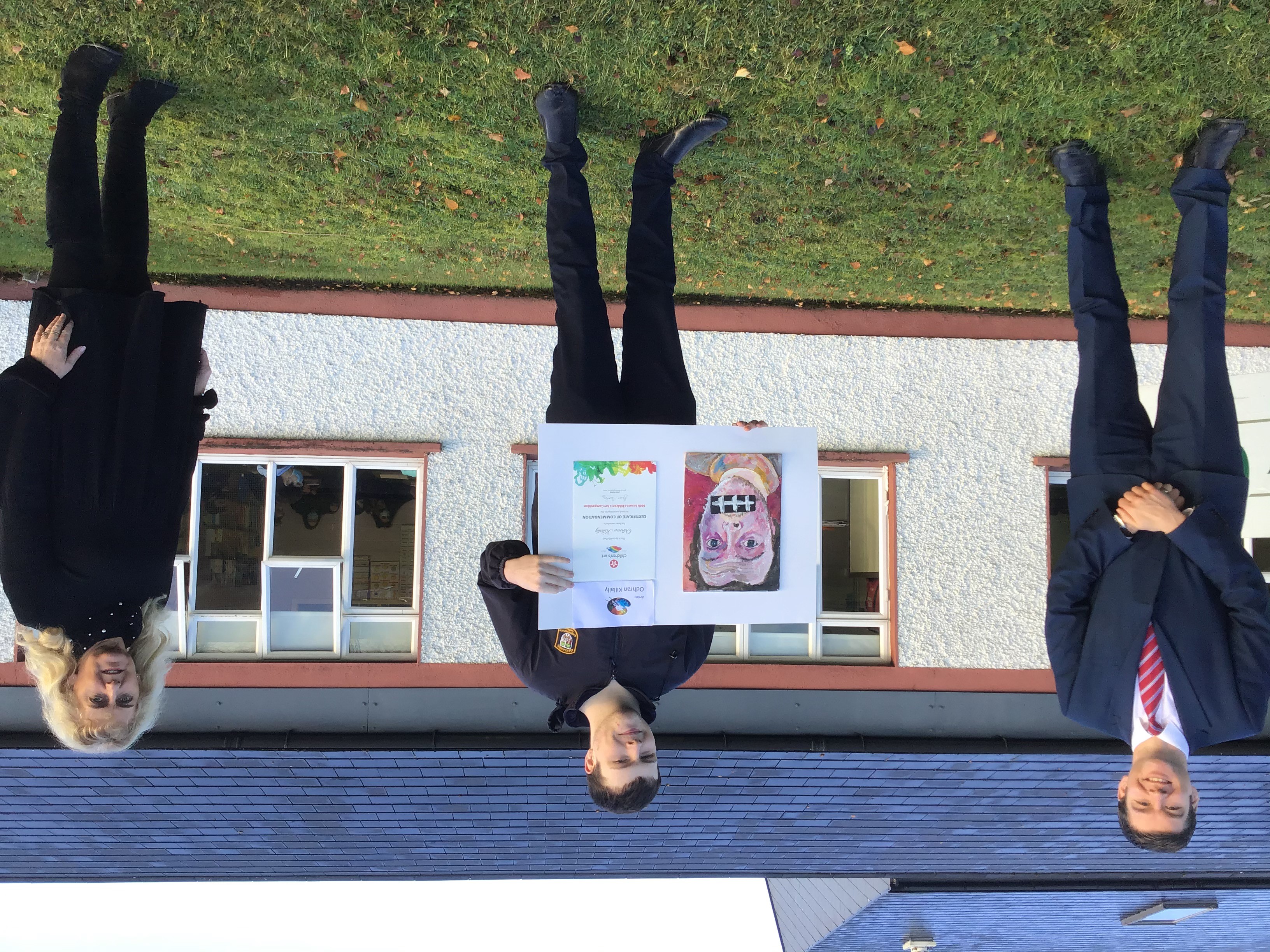